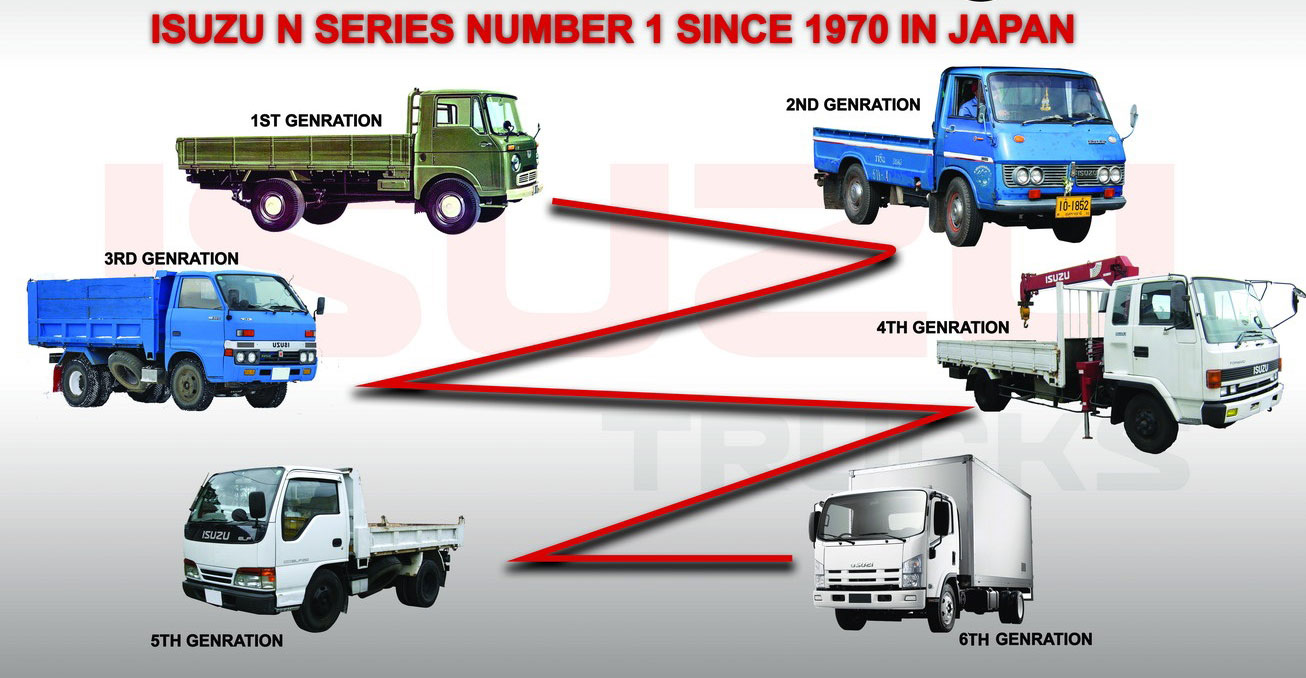 The history of Isuzu starts back in 1916 when the Ishikawajima Shipbuilding and Engineering Co formed a joint venture with the Tokyo Gas and Electrical Industrial Co to produce automobiles. This partnership led to a technical cooperation agreement with Wolseley Motors Ltd of England. In 1922 production of the A9 commenced and in 1924, a truck, the CP entered production. Ishikawajima Automotive Works merged with DAT Automotive Manufacturing and changed its name to Automobile Industries Co Ltd.

This company produced two vehicles the Sumiya and the Chiyoda and in 1934 these vehicles were renamed Isuzu after the Isuzu-gawa river in Mie Prefecture. The river runs through the sacred Ise Grand Shrine. Isuzu in English means fifty bells.

In 1936 the first diesel engines manufactured in Japan were developed by the company. These were air-cooled engines known as the DA6 and the DA4.

1938- The TX40 truck entered production. Large numbers and numerous variants were produced for the Japanese military. Post war this truck was developed into the TX80.

In 1959 Isuzu released the first Elf truck, a two-ton variant.

From 1953 to 1962 the Hillman Minx sedan was produced under license from the Rootes Group. This car remained in production until just after Isuzu released its own car the Bellet in 1961.

In 2006 GM ended its investment in Isuzu and sold off its shareholding.